Compact, Economical, and hugely comfortable to live in, couple this with great off-road ability and a fiercely strong following and you have an overland vehicle that is hard to beat.

With only around 38,000 Syncros making it off the production line, finding a solid example is about the hardest part of getting a syncro to use as an overland vehicle. Once you have one though, the rewards are obvious. The rear-mounted engine allows for a huge interior space, with external dimensions similar to that of a Land Rover. The viscous coupling instead of central diff engages the 4wd only when needed, saving fuel on road and offering exceptional traction off-road. Add to this the luxury interior options and comfortable seating position, and you have a superb home on wheels to travel the world in.

VW’s Syncro 4×4 system was an option on most Volkswagen Transporters available at the time. The Westfalia camper conversions are highly sought after collectors pieces now, so perhaps a regular camper version would be the best option, depending on your budget. the choice between high top and pop top is yours to make, with each offering their own benefits. The syncro was available in both a 14 and 16 inch model, the latter being built for even more rugged use with bigger wheels, uprated brakes and internal strengthening, these are however, incredibly rare now, but a well kitted 14″ can tackle almost anything a 16 can.

The original options were for a 1.6Td or a 2.1 petrol, both hugely outdated in terms of performance and reliability. Most european vans will now run on conversions to later AAZ or AHU 1.9 TD/TDi engines now, which put out decent power and can return easily north of 35mpg. The american preference for petrol has led to a subaru engine being the common choice for conversion, which offers a 30% power and 40% fuel efficiency upgrade over the original VW option, while also increasing reliability. The only issue is the difficulty of improving the factory gearbox to deal with the extra torque.

There are hundreds of configurations for the ample interior space, from custom built interiors to factory fitted or flat-pack options still availaible. The addition of a high-top or pop up roof will allow for a bed as well as full standing height, while there is plenty of space downstairs for a seat/bed, cooker, sink and fridge as well as storage for all of your stuff.

On the assumption that the living space of your syncro has been well built out, and the vehicle is already kitted with a pop top or hi roof, there are only a few vital modifications to make.

Which modifications you choose to add will massively depend on the duration and location of your trip, but a few seem ubiquitous:

With Syncros becoming increasingly rare, the price you will look to pay depends on how much work you are willing to do and how far you are willing to travel. you can get the bones of a vehicle, working, but high mileage and spartan interior for around £2000, especially on the german or eastern european markets. If you want something well prepared, with accessories, a nice interior and a professional engine upgrade, you will be looking in the range of £12-28,000

In the USA prices can range much higher for Vw Syncro Vanagons, with prices sometimes hitting as much as $100,000 for a pristine example.

Values are approximate and for reference only

Got something to add? 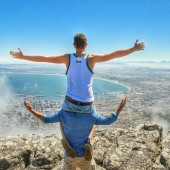